I went out blue water diving with some friends a couple weekends ago and while we were shunned by any of the big stuff… no molas or other large pelagic life, we did see lots and lots of jellies. Small and transparent most of these would be hard to photograph on a normal dive. Since this was a blue water dive we were tethered to a line dropped off the boat and just floating along with the current. Drifting as such means that I only get about 30 seconds to compose, focus and shoot any passing jelly before the float past and out of my reach. This makes the dive more exciting as I tried to get a good shot, or even just a shot in focus. This was my second time out, and I was a bit more successful. 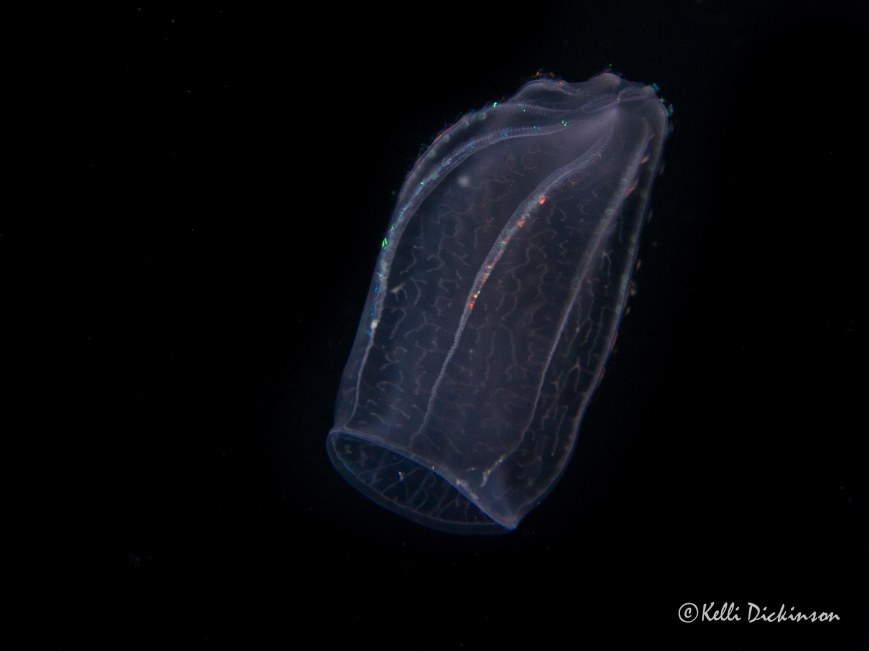 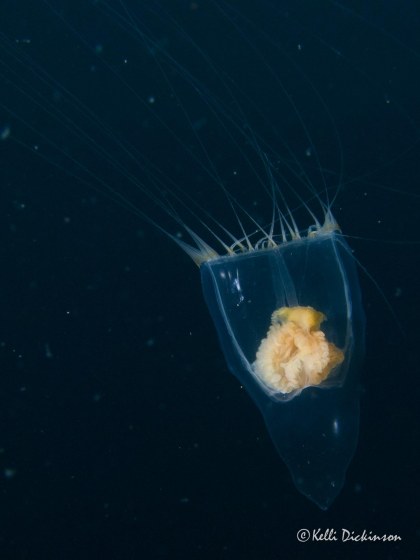 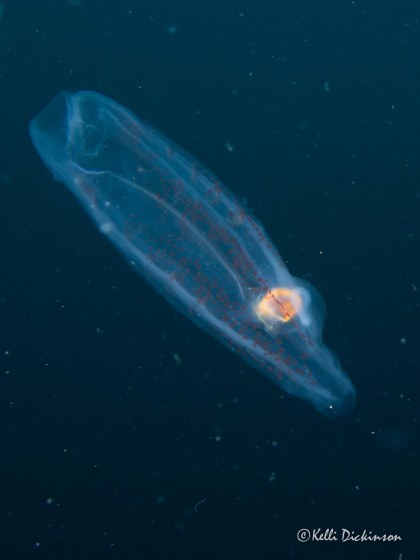 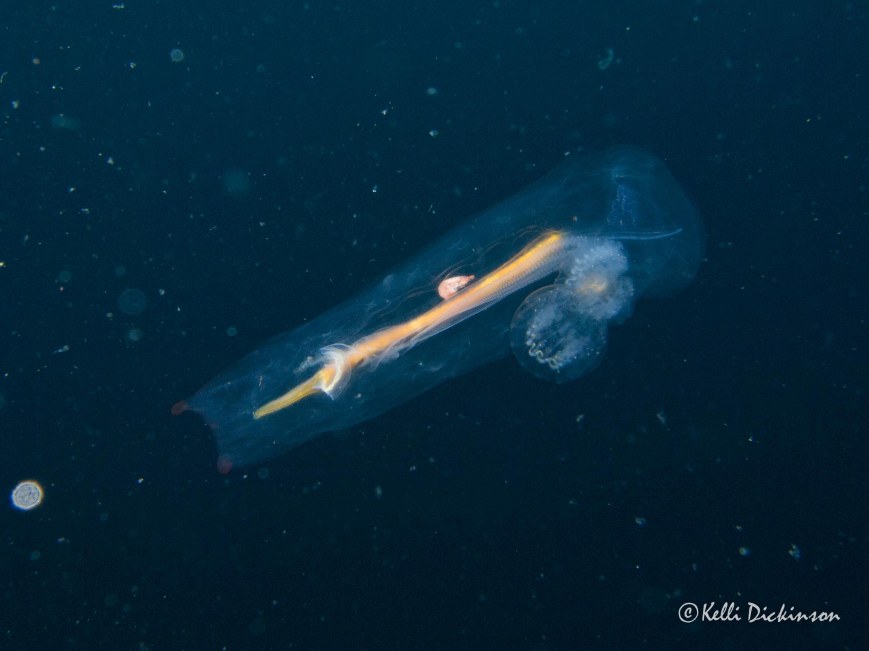 Last month, yes that’s how far behind on my pictures I am… anyways. Last month we headed out to Santa Barbara Island to hang with some sea lions in the large rookery on the island. I’ve never had good luck photographing these swift swimmers, but this day I was armed with a wide angle lens and two strobes and the results were… well… better than before, but still with lots of room for improvement. We ended up shallow, spending a good deal of time in 6-15′ of water. I was using the 8mm fisheye, a lens that I love, though I quickly found out that with such a wide lens, the sea lions needed to get extremely close, which didn’t always happen. After the day of diving, and upon talking with others on the boat and looking at my pictures, I also realized that I really should have tried some shots with just the ambient light. The 1/160 shutter speed on my E-PL1 isn’t quite fast enough to really freeze the sealions as the zoomed by, and I was shallow enough much of the time that I could have turned off the strobes and bumped up the shutter speed. Ah…well, something for next time. 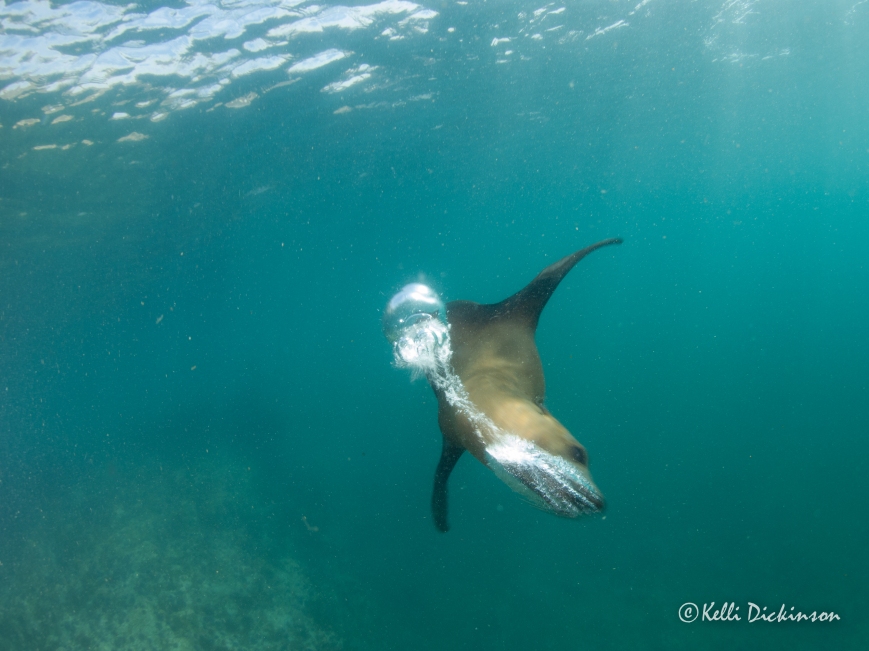 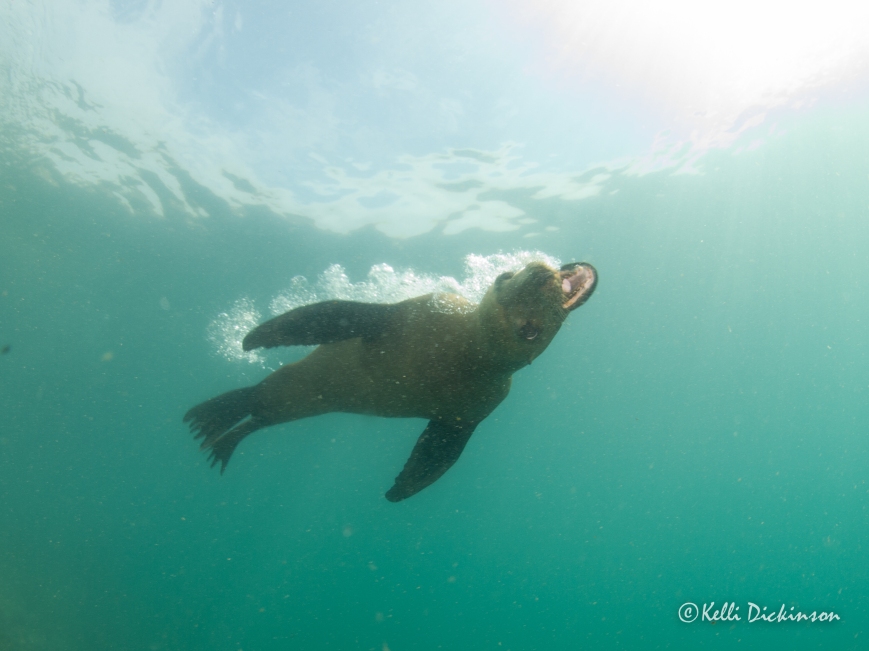 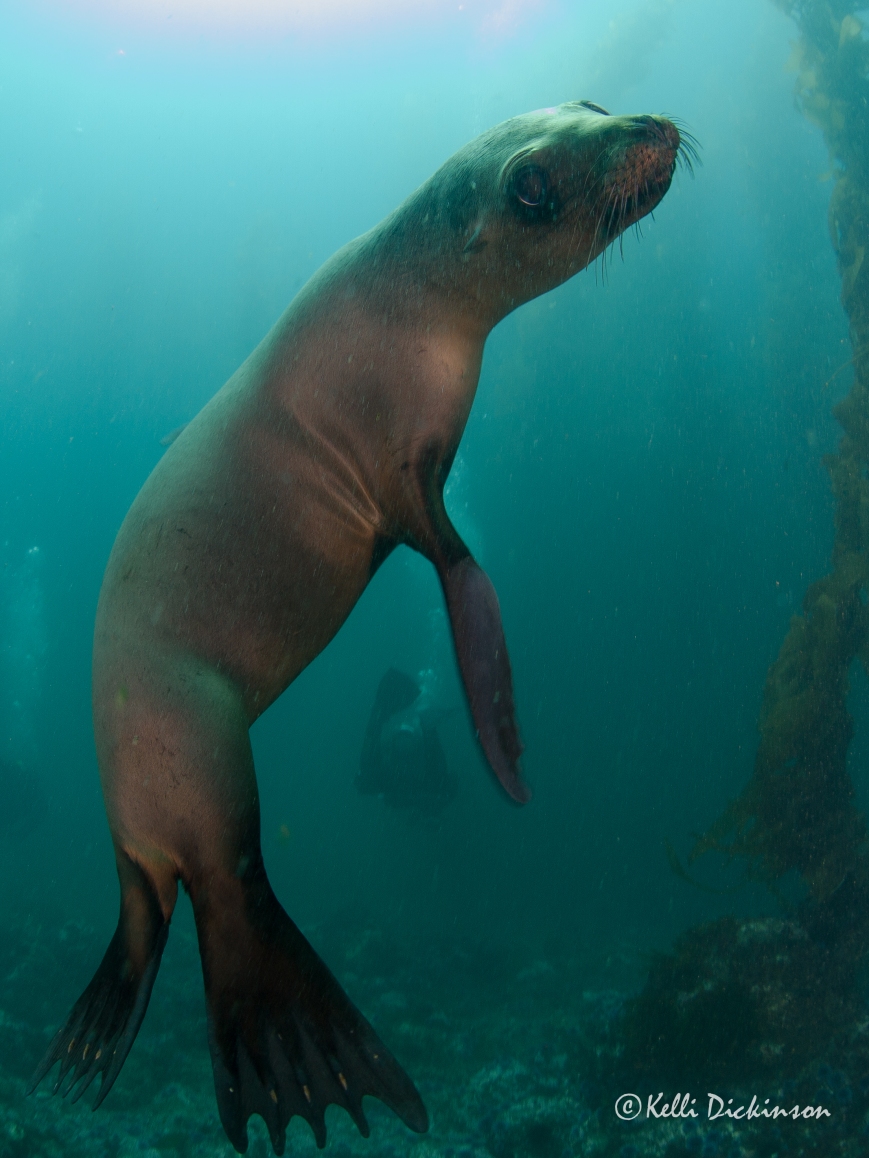 Hopefully you’re all now humming the Electric slide, as that’s what I first think of when I hear “it’s electric.” However, today I’m not talking about an old dance move. I’m talking about the Pacific Electric Ray (or Torpedo Ray). Last month out at Santa Barbara Island we hit a deep reef before going to play with the sand dollars. I had my wide angle lens on and was greatly rewarded with an awesome ray sighting. While I was practicing wide angle and admiring the rare purple hydro-coral, Scott pulled Shane and I over to where he had come across the ray which was slowly moving along the wall as it scanned for prey. I had seen pictures of these rays before but never actually spotted one while diving, so I was extremely excited. It swam along seeming casual, but in reality was using its electric field to scan for possible prey. I’m sure it was annoyed by us crowding around it and shooting pictures, but oh well.. it was only for a few minutes. Scott posed for me as I tried to compose some shots. Here’s the results:

Two weekends ago I went out with Bluewater Photo on the Peace dive boat to Anacapa and Santa Cruz Island. It was a great day, though we had a lot of wind and some building swell, so we got stuck at one site for the final two dives. This however was not a bad thing. There was a pretty decent current ripping down the island and the kelp was laying down which made the diving actually more adventurous seeming. One the first dive at Landing Cove Point Rob and I were nearing our turnaround time when I passed another friend underwater who looked at us, then threw his arms wide, followed by taking one hand in a swimming motion forward. Truthfully I had no idea what he was trying to say. Bat Ray? Huge Eel? Curious though we continued on for a bit more as I kept my gaze sweeping back and forth along the sand for something huge. Then out of no where it swam by. The largest fish I have ever seen. Immediately it clicked into place… arms wide, huge… swimming motion, fish… huge fish: Giant Black Sea Bass.

These graceful giants were hunted nearly to extinction in the 60’s and 70’s until they were protected under law in 1982. Since then the populations have slowly been recovering and small fish have had a chance to grow large. This fish swam right by us gliding with the current, then disappeared into the kelp. We waited for a few minutes hoping he would return, but then had to turn around and head back to the boat. On the second dive, we headed straight for the sighting spot then slowly moved up and down with fingers crossed. Again, the fish emerged, two of them this time, swimming down current then later back up past us. These three fish were giantic. The first solo fish was larger than me, and the two swimming together slightly smaller, but still at least 5ft long. It was impressive and incredible. Unfortunately they did not swim close enough to me for a good picture, but Scott, owner of Bluewater and my boss got some great video and a good picture. Take a look!

Two huge Black Sea Bass swim past Scott on our final dive of the day.

I know now why people are so elated to see these guys, and just how tiny in comparison the young bass were that I saw back in October. I nearly dropped my regulator from excitement and I totally flooded my mask from smiling so huge, which also probably explains why I didn’t get any good pictures!