In desperate need to reach that golden 100th dive by July 31st I went out on the morning Island Time with a group of folks from Eco last Sunday. The waters were calm, we hit several great sites off Catalina, and overall had a blast. There was one small hiccup to my day. My wetsuit has a small tear so before leaving to go to New York I dropped it off at the shop to get fixed. Unfortunately its not back yet, so I had rented a wetsuit from the shop for the dives. I tried on one which had a built in hood, but was too small, so I grabbed the next available size up, put it on halfway which let me know it would fit well enough and headed out. What I didn’t realize was that while both suits are made by Bare, the second one I grabbed did not include a hood like the first. So I pulled it out of my bag at Catalina and went, “oh crap!” Luckily Kendra had a vest she let me borrow, which helped keep my core warm, and I managed to suck it up and deal with a cold head. Ironically it reminded me of my first ever California dives. A bit naive, I had no hood and no gloves for that first dive several years ago. It was also on the Island Time off Catalina, and occurred in July, not too far off from this dive. 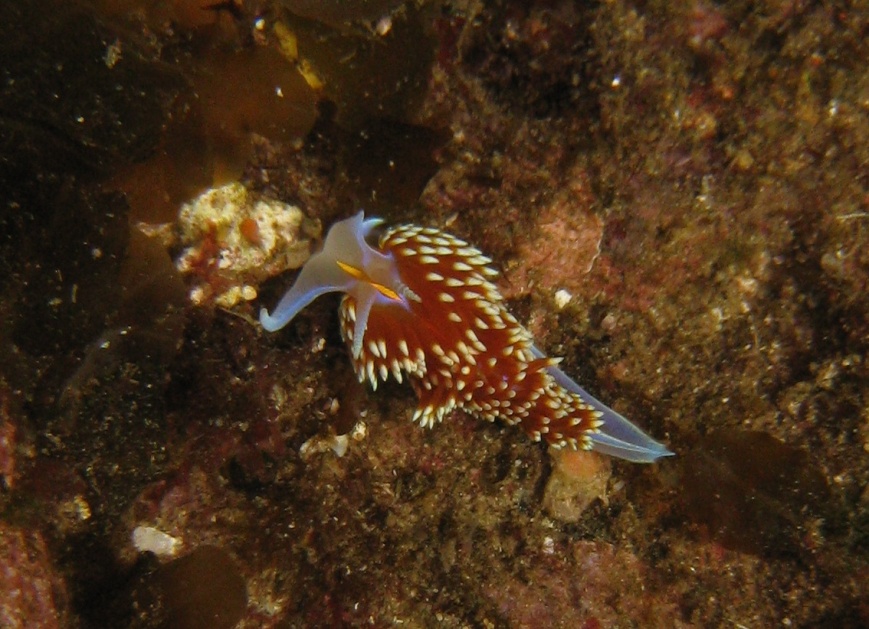 Despite having to make do with out the hood I had two very nice dives. The first site we hit was called Bird Rock (for friends that join us for the Beer Fest…thats the nasty looking big rock covered in Sea Gull poop outside Two Harbors). It was overall rather shallow and had a great wall to explore. I found a nudibranch I had only seen once so far (Hermissenda). Other than the usual suspects (Garibaldi, Senorita Wrasse, Sheephead, Blacksmith, etc) I also saw a large Giant Kelpfish. 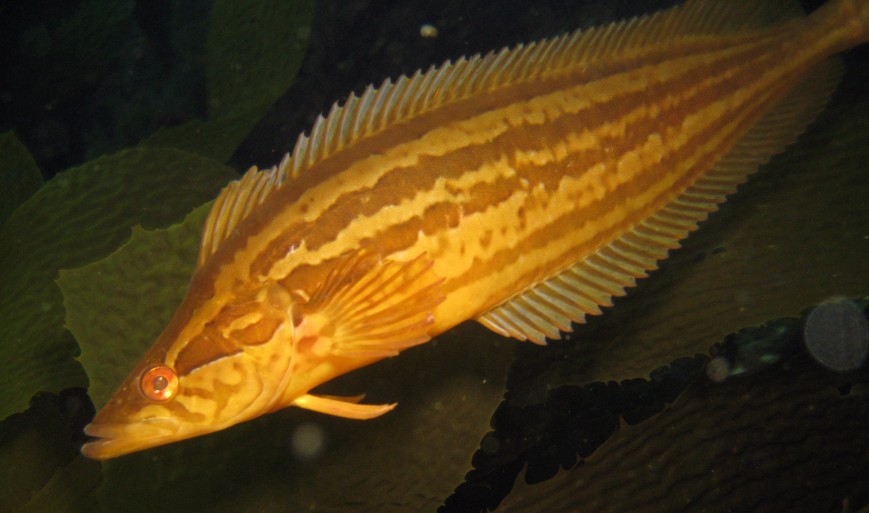 Dive #2 was at a small cove between Howlands and another which I didn’t catch the name of. It was around the same depth, no more than about 50 ft deep, as the first dive, and not quite as clear. Lots of kelp and large boulders marked this site. I saw two new Nudi’s,  Macfarlands Chormodorid and the Mushroom Sidegill. 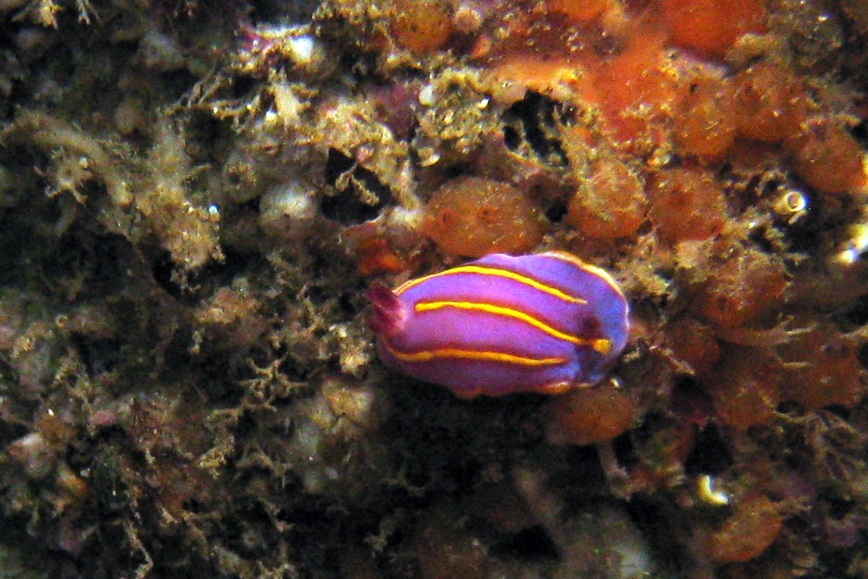 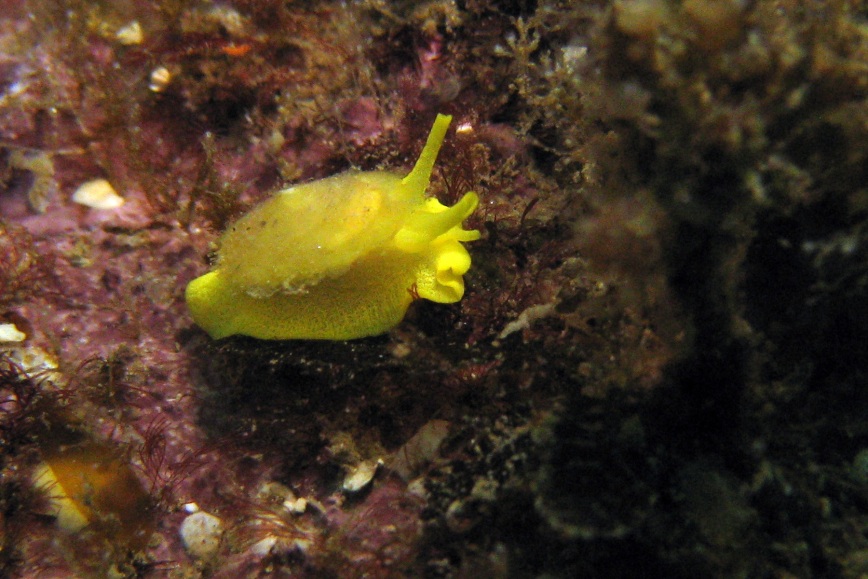